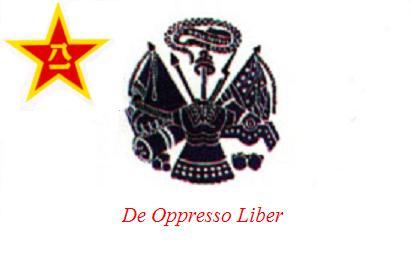 I am an American Soldier.
I am a Warrior and a member of a team.
I serve the people of the United Systems and live the Army Values.

I am disciplined, physically and mentally tough, trained and proficient in my warrior tasks and drills.
I always maintain my arms, my equipment and myself.
I am an expert and I am a professional.
I stand ready to deploy, engage, and destroy the enemies of the
United Systems of Earth in close combat.
I am a guardian of freedom and the American way of life.
I am an American Soldier.

Then it's Hi! Hi! Hey!
The Army's on its way.
Count off the cadence loud and strong
For where e'er we go,
You will always know
That The Army Goes Rolling Along.

In the name good ole Earth,
the place of our birth.
We'll go rolling and rolling along.
Forever free, defending our kin,
Across the vast stars!
For where e'er we go,
You will always know
That The Army Goes Rolling Along. 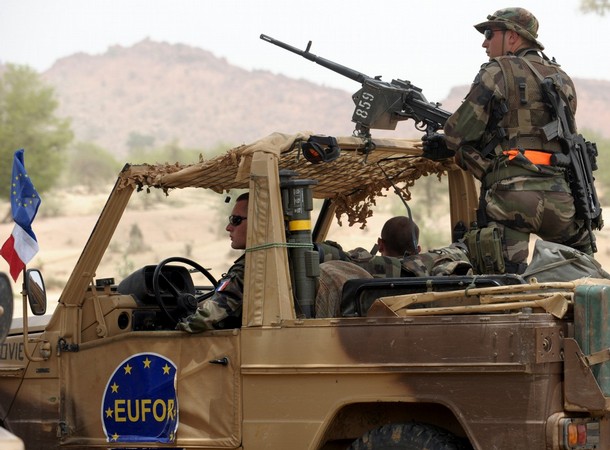 European Union Rapid Reaction Force, precursor to the current US Army on patrol in a humanitarian mission to the African nation-state of Chad 28 JUN 2008.
I am a soldier, I fight where I am told, and I win where I fight.
Gen. George Patton Jr, U.S. Army
Don't leave because you have had enough; leave because you have done enough."
Sgt. Major Rik Thornton, Royal Marines 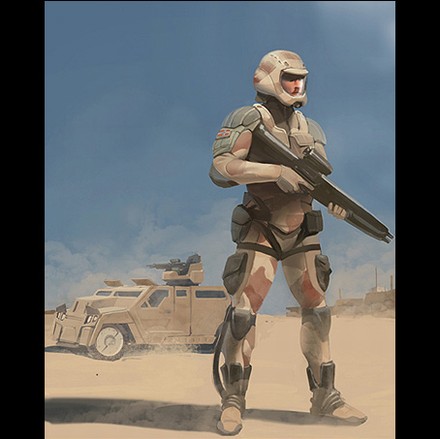 US Army soldier in the FCS Uniform common in use from the Third War until the War of the Rising Sun 2076-2145. 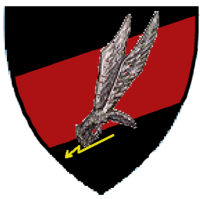 GROM Unit Patch
Pain is weakness leaving the body.
U.S. Ranger Anonymous
Train hard. Fight easy.
U.S. Ranger Anonymous
The Army will sustain this new world order, in it ALL of the armies of man will train, fight and die together. Together, after shedding their blood and giving their all, they will no longer consider themselves British, Chinese, Russian, but human. A soldier of mankind. With this united Army, the rest of humanity will quickly follow suit.
C.A. Gen. Joe "Bullet Dodger" Klutz during the unification talks between the U.S. and the C.A. 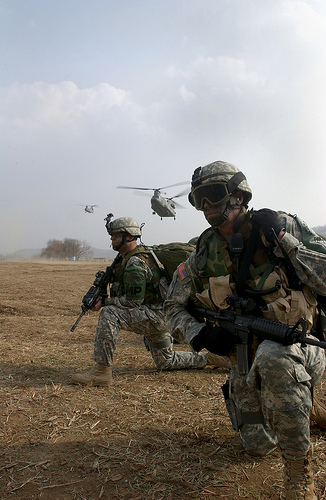 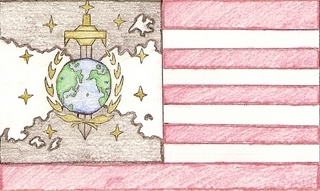